This is a reproduction of an article that was originally published in RSPP Newsletter (June, 2015): 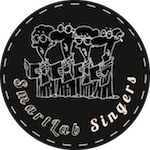 Many older adults who experience little difficulty hearing in quiet environments will report having trouble understanding speech in the presence of competing background noise. This is often first noticed when attempting to follow a conversation at a large social gathering, in which many people are talking at the same time. While amplifying the audio signal through a modern digital hearing aid equipped with noise reduction can often go a long way towards correcting the problem, in many cases there is still a residual difficulty that persists. Part of the problem may lie in age-related changes in the brain. 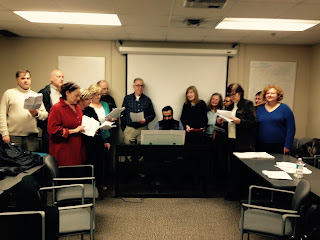 Specifically, many older adults experience a degradation of neural timing in brain mechanisms responsible for encoding the pitch of the voice. Being able to follow the pitch of a speaker's voice helps to alert the listener to conversational cues, particularly in noisy situations. Several researchers have recently proposed the idea that musical engagement may be a means of supporting this neural timing. Research has found that musicians show significantly less age-related decline in their ability to detect speech in noise as compared to non-musicians. Further, studies have shown that musicians demonstrate more precise neural timing as compared to non-musicians. Actively engaging in music requires the ability to track and discriminate
multiple sources of complex sounds, just as a listener must do when attending to a single voice among many. However, studies have not shown that being a musician directly increases the neural timing of sound. So far studies have only shown that musicians happen to show more accurate neural timing than non-musicians. 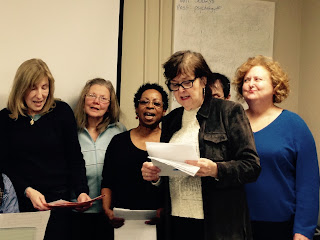 For our current study, we are interested in determining whether older adults with mild hearing loss can show improvements in their ability to understand speech in noise as a result of short-term musical training. Specifically, we are testing the effects of singing training through group choir lessons. Since January of 2015, 14 older adults have attended weekly choir sessions over a 13-week period. Participants were also required to complete one hour of homework per week, through the use of online music training software, designed to aid users to improve voice pitch control. So far, the results are very promising. There has been significant improvement in the ability to perceive speech in noise as a result of the choir training. In addition, participants have shown improvement in their ability to discriminate pitch, which is important for tracking speaking voices. These preliminary findings suggest that short-term musical training is able to mitigate some of the age-related difficulty in hearing that is experienced by older adults.
Posted by SMART lab at 08:27